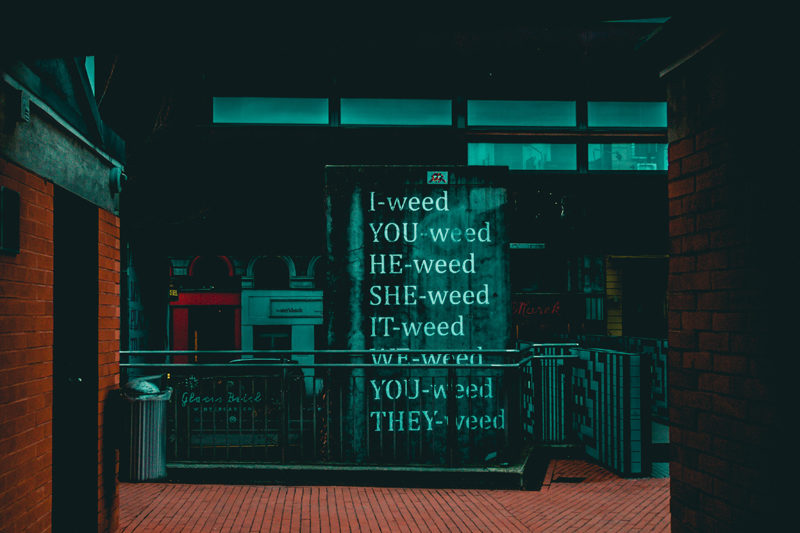 Did you know cannabis has been around, used, and enjoyed for thousands of years, and currently hundreds of millions of people use it worldwide?

Crazy, right!? This plant has so much longevity and so much support, there’s no wonder it’s one of the top 4 most popular psychoactive substances, only behind alcohol, nicotine, and caffeine. With cannabis’s huge popularity comes an increase in demand, and it can now be found in some of the best online weed dispensaries around the globe, or in in-person pot shops. There’s no shortage of amazing weed products and no shortage of interesting factoids about this fan-favourite botanical.  But just so we’re not here all day, below are 20 fun facts about Cannabis!

1. There are hundreds of slang words for cannabis, including but definitely not limited to: pot, marijuana, herb, weed, hemp, grass, ganja, hash, Mary Jane, skunk, chronic, bud, nug, dank, reefer, green, and wacky tobacky. One major reason for these many names is due to cannabis’s long history of, well, illegality. It has not always been socially acceptable to discuss cannabis publically, and as a result, all these nicknames have been created.

2. The cannabis plant is used for much more than just smoking weed as a recreational pastime. Throughout history, it’s been used to make clothing, rope, and a variety of other items, as well used in food and medicine, and for religious practices.

3. Many words are derived from Cannabis, most of which relate to the plant itself, such as cannabinoid, cannabidiol, and cannabin, however, the word canvas is also derived from cannabis, because of it originally being made from hemp.

4. Many musicians and artists reference marijuana in their work, but perhaps none so iconic as Bob Marley. With a handful of songs dedicated to the plant, he was so devoted to marijuana that he was buried with some bud!

5. The Internet was made for online dispensaries! Although it’s commonplace now to buy weed online, the first item ever sold on the internet was a tiny amount of marijuana. The marijuana was sold by Standford students to students at MIT. Who would have guessed this purchase would pave the way for some of the best online weed dispensaries in Canada and North America.

6. Hemp is a variety of cannabis, with virtually no THC. It’s used to make clothes and other products and is one of the most nutrient-rich foods on the planet. Hemp seeds contain essential fatty acids, protein, fibre, and essential vitamins and minerals.

7. Records of cannabis being used date back as far as 6000 BCE in China when cannabis seeds were used as food. However, its spiritual use and recreational use also date far back before the common era in many countries around the world.

8. Cannabis first arrived in the Americas in 1545, and then to North America at Port Royal, Acadia in 1606. Acadia is now Eastern Canada. Yep, Canada was the first place in North America to get its hands on some sweet buds!

9. Canada is a legalization leader! Cannabis has been legal in Canada for medical purposes since 2001 and for recreational use since October 17, 2018. Other countries that have legalized weed for recreational use include Georgia, South Africa, and Uruguay, whereas countries that have legalized it for medical use include Australia, New Zealand, Thailand, and many European countries.

10. There are literally hundreds of songs written about weed. Although some of the best weed songs come from Bob Marley and Sublime, songs about pot extend across all genres. Some fan classics include Afroman’s “Because I Got High” and “Colt 45” and Cypress Hill’s “Hits from the Bong” and “Dr. Greenthumb”, however, weed songs are still coming, with artists today making this plant a prominent topic in their music.

11. Marijuana hits the same reward and pleasure centers in the brain as chocolate. No wonder it makes us feel so good!

12. Seattle, Washington has a weed vending machine that scans your ID before dispensing any marijuana. It’s called the ZaZZZ and is full of buds and edibles.

13. In 1948 German zoologists tested the effects of intoxicants on spiders to test web-building capabilities, and in 1995 Nasa attempted to replicate the German studies. Nasa found that spiders high on cannabis were more distracted and left their webs unfinished.

14. There is a doomsday seed vault, the Svalbard Global Seed vault, located on a remote Norwegian island. This secure seed bank contains a variety of seeds from all over the world, including over 20,000 cannabis seeds.

15. Cannabis and beer are related! The ingredient hops, found in beer, is from the cannabaceae family, a class of small flowering plants, which you guessed it, cannabis also comes from. The cannabaceae family also contains the evergreen tree and nettle trees.

16. Rastafarianism is a religion developed in Jamaica, where smoking weed is a principle ritual. It’s even rumored that Rastafarians can smoke weed in many places the general public cannot owing to the sacred nature of cannabis in their religion.

17. Shakespeare’s old pipes have been studied and were found to contain remnants of marijuana. Perhaps this had something to do with his creativity and toilet humour…potty humour indeed.

18. Although just recently legalized, many people have long advocated for the freedom to use marijuana, including celebrities. Some of the most notable pot-enthusiasts include Rihanna, Willie Nelson, Snoop Dogg, Seth Rogan, and Whoopi Goldberg.

19. Cannabis contains 483 known compounds, including the cannabinoids THC and CBD. Remember, THC gets you high, whereas CBD is often used as CBD oil and promotes relaxation.

20. Cannabis can be found in a variety of products, for both industrial uses and therapeutic or recreational uses. Products include CBD oil, weed products rich with THC, as well as, edibles, skincare products, and more!

There you have it, 20 awesome facts about this even more awesome plant! Who knew that the first product ever sold on the internet would prophesy some of the best online weed dispensaries!? We sure are grateful for that first online transaction, and if you’re looking to keep the tradition alive, check out our online store for some awesome weed products! Cannabis has a long history and we’re honouring that with a wide variety of THC rich strains, edibles, skincare, and more!

Now let’s keep passing the canna-facts around, comment down below with some of your favourite weed trivia – puff, puff, pass!