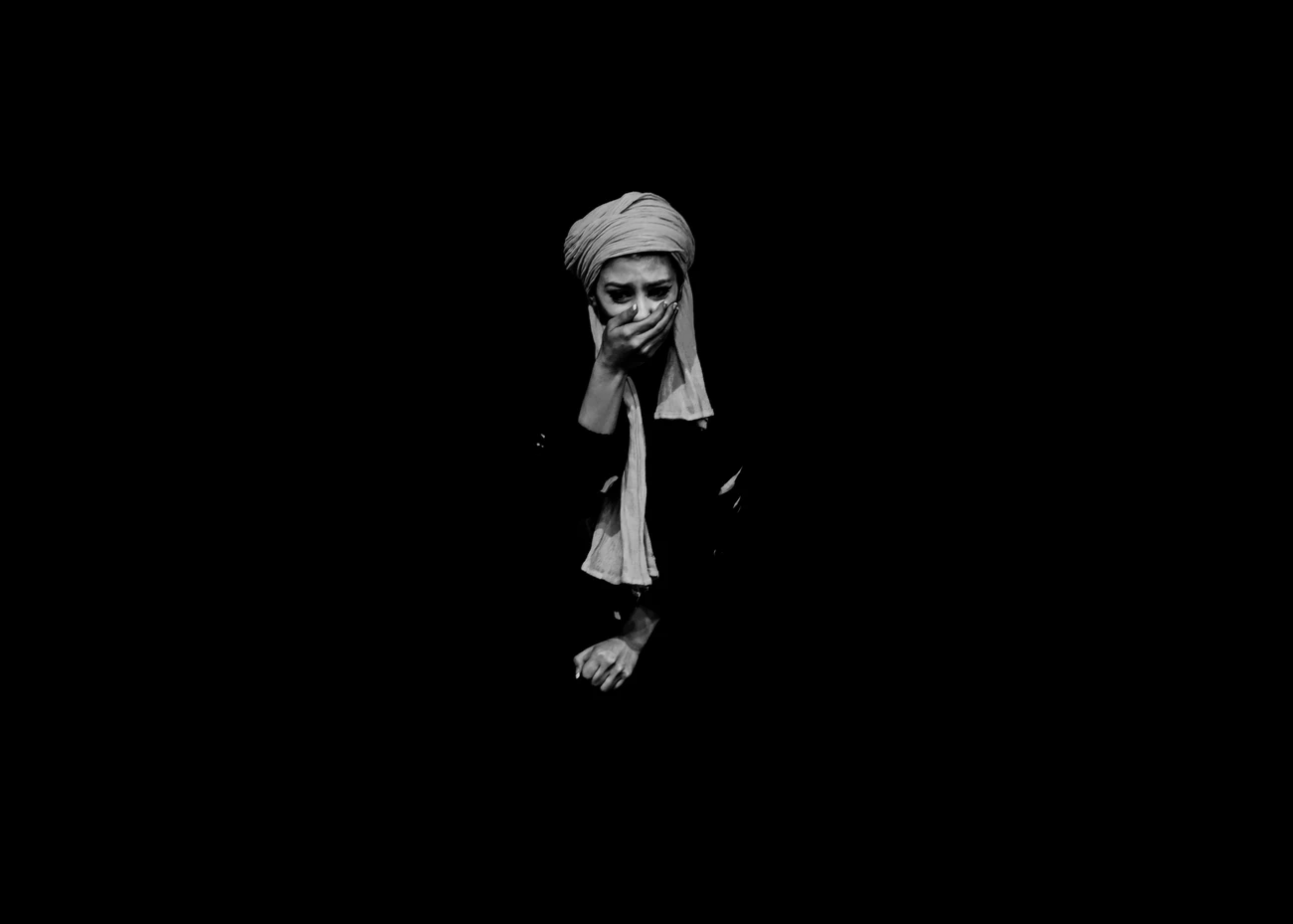 There’s a lot of information circulating nowadays with regard to how marijuana can help treat anxiety. Some sources will tell you that cannabis causes additional anxiety. Others, however, assert that it undoubtedly eases overall anxiety in the long run. A lot of this comes down to people focusing on nothing more than anecdotal evidence. This is a regular occurrence, despite the fact that we now have various scientific studies to draw from. It can be difficult, then, to determine what the actual facts are. We aim to pull back the curtain and make things a little easier to understand.

A lot of the pros and cons really come down to an individual’s physiology and personal preferences; what works for one person won’t necessarily work for others. Some people are also more susceptible to certain negative side effects that comes from long-term marijuana use. As such, it’s absolutely worth doing your own research on the subject in order to come to your own conclusions. This is the case with most medications, but is especially true where cannabis is concerned. There’s a lot of misinformation floating around, so it’s a good practice to sift through all the available information. This will ultimately help you determine the best course of action for you.

Another key point that many fans of medical marijuana overlook is that stress and anxiety are very different. Most health professionals will undoubtedly agree that they should be treated as such. Many people, however, don’t understand the distinction. This can cause issues and lead to misdiagnosis as far as medical marijuana treatments are concerned. It should be noted that fewer people take medical marijuana for generalized anxiety disorder and PTSD than those who use cannabis to simply ease everyday stress. Even so, that doesn’t mean that people haven’t successfully treated anxiety by using medical marijuana.

Most people who claim that marijuana helps alleviate their anxiety actually use it for everyday stress. When it comes right down to it, the two issues are very different and should be treated as such. Anxiety is an actual medical disorder, while stress is simply a normal reaction to a difficult situation. Using cannabis to ease regular stress is more acceptable, medically-speaking, but isn’t necessarily a medical practice. Instead, it’s more akin to having a few drinks to wind down after a long day. Most sources will admit that when medical marijuana is used in that way it can be extremely effective.

Medical marijuana studies that focus on actual anxiety disorders are still somewhat lacking in many ways. This is because those studies don’t necessarily focus on specifics for the most part. These specifics include how much marijuana is taken and at what times of the day it’s consumed. Another big issue is that there’s no real reporting on the levels of THC versus CBD being ingested. It’s a given that this ratio varies between strains and even between different batches of the same strain. This makes it really hard to determine whether THC helps to reduce anxiety or if it actually hinders progress.

The good news is there’s decent evidence to suggest that cannabis is effective at treating anxiety due to PTSD. When it comes to military veterans, however, caution should be advised. Many doctors have found that veterans have a higher risk when it comes to developing marijuana dependence. This comes with its own set of issues and isn’t preferable for anyone. Experts have also voiced the same concerns about using cannabis to treat generalized anxiety disorder; moderation is key and overuse will always be detrimental to patients.

The risk of overdependence is increased if patients follow the recommendations of their friends over those of medical professionals. There are a lot of people who have, in fact, found adequate relief when using marijuana to treat anxiety. On the flip side, a lot of at-risk people should avoid using marijuana to treat anxiety. Unfortunately for some, medical marijuana does affect everyone differently. More study is definitely needed before a definitive link between anxiety alleviation and medical marijuana use can be confirmed.

Marijuana may help patients feel better in the short-term, but can end up increasing long-term anxiety issues. Furthermore, many patients who regularly consume marijuana on a daily basis could simply be treating short-term cannabis withdrawal. While medical marijuana withdrawal isn’t a major concern, it can occur with everyday use. The big downside here is that patients may not actually be treating their underlying anxiety, despite feeling better.

Even though medical marijuana isn’t necessarily a cure-all for anxiety, there is a silver lining. It’s generally accepted that a good practice is to use marijuana before bedtime to alleviate anxiety symptoms the following day. The cannabinoid CBD has proven anti-anxiety benefits, but other cannabinoids can minimize them. Consuming marijuana before you head to sleep allows CBD’s anti-anxiety effects to carry over to the next day and curbs negative side effects that arise from THC intoxication, like fatigue or low productivity.

According to most studies, one at-risk group that seems to enjoy using marijuana, but probably shouldn’t, are teenagers. Teenagers, much like veterans, are more apt to believe the hype surrounding marijuana and downplay the downsides. It should also go without saying that smoking cannabis can cause long-term respiratory problems. Medical marijuana can also affect memory, mood, and increase the risk of some mental health problems in teens. The biggest issue, however, when it comes to teens taking medical marijuana to treat anxiety is that it can potentially decrease the effectiveness of some mental health medications.

Many studies have found that teens who use marijuana on a regular basis are more at risk for a decline in neurological functioning later on in their lives. The human brain is still developing at that stage in their lives and continues to develop until their mid-20s. THC has also been shown to have close ties to the body’s central nervous system. This means that it should be taken very seriously, as overuse early on can cause a rash of negative side effects later in life. These side effects, unfortunately, can potentially include increased anxiety, negating the positive benefits that medical marijuana can offer.

As with alcohol, cannabis shouldn’t be used by teenagers and should only be used medically by adults. There are a lot of reasons for this, but the biggest concern here is the way THC can affect brain development in younger users. CBD, on the other hand, is non-psychoactive and has been shown to help regulate the way our endocannabinoid system functions, making it well worth looking into. Studies have also confirmed that it can be much safer than traditional prescription anxiety medications. Its use also carries minimal negative side effects, which is a huge plus for adult patients.

Traditional anxiety medications have been used for a long time now. Most anxiety is treated with antidepressants, usually selective serotonin reuptake inhibitors (SSRIs) or serotonin norepinephrine reuptake inhibitors (SNRIs). These have a proven track record and have a low occurrence of being abused or overused by patients. SSRIs and SNRIs are non-addictive and have long been the first choice of most doctors.

Antidepressants treat a wide range of anxiety disorders, but unfortunately, they can have some severe side effects. These side effects definitely outweigh those seen by people who use medical marijuana. Some patients even find that taking antidepressants can lead to an increase in suicidal thoughts and further anxiety. This is especially the case when it comes to teens and young adults.

When these are compared with side effects caused by medical marijuana, using cannabis doesn’t seem like a bad option at all. That being so, these side effects only affect a small percentage of patients and usually aren’t the norm. Still, it’s clear that anxiety medications, including medical marijuana, can actually heighten a patient’s anxiety. There is, however, an overwhelmingly positive alternative, which is CBD oil.

CBD oil is a relatively new thing in the world of medical marijuana. Despite there not being many studies that focus on CBD specifically, it’s already clear that it’s a bit of a wonder drug. For example, it’s already been proven to help patients suffering from a vast range of illnesses. These maladies absolutely include anxiety and it’s a very effective treatment. As we mentioned earlier, CBD is non-psychoactive and doesn’t make patients feel high. These properties make it perfect for just about anyone hoping to treat their generalized anxiety disorder.

CBD is just one of many other cannabinoids found naturally in cannabis and hemp. Pure CBD oil products come without the other cannabinoids like THC. With minimal negative side effects, CBD oil is a great alternative to traditional anxiety medications. For the most part, the only issues that CBD may cause are light fatigue, nausea, dry mouth, and dizziness. These only affect a minuscule number of patients, however, and most people report no side effects at all. Additionally, almost all of the benefits that come from medical marijuana have now been attributed to CBD. Many patients find that CBD oil has plenty of positive benefits with almost down downsides.

Furthermore, CBD oil can be ingested in many ways. This lets users choose a method that perfectly fits their lifestyle. Some patients opt to ingest it orally via tinctures, pills, or capsules. Others prefer to vaporize CBD or apply it topically. Pure CBD oil tinctures also allow patients to cook with their CBD oil. Since it is colourless, odorless and tasteless, it won’t affect how your food looks or tastes. The possibilities really do seem to be endless when it comes to CBD as a medical treatment.

Cannabis vs CBD Oil for Anxiety

When it comes right down to it, if you’re looking to reduce anxiety with medical marijuana products, purchasing CBD oil is your best bet. If you choose to use cannabis, we recommend finding a strain that’s high in CBD and has less THC. This way you can minimize any negative side effects. Choosing tinctures or orally-ingested products is also a good way to maintain respiratory health. Smoking and vaping, therefore, should be avoided, especially when it comes to younger patients.

Taking advantage of CBD’s anti-anxiety properties is a great option available to all patients. CBD oil products that contain no THC are also safe for teenagers and other at-risk individuals to enjoy. It’s worth talking to your doctor ahead of time, however, as anxiety is a tricky issue to tackle. CBD can also potentially interact with other medications you’re taking and make them less effective. Starting with low doses of CBD, therefore, helps patients avoid experiencing potentially negative side effects. If you find that CBD oil is effective, you can always adjust your dose at a later stage.