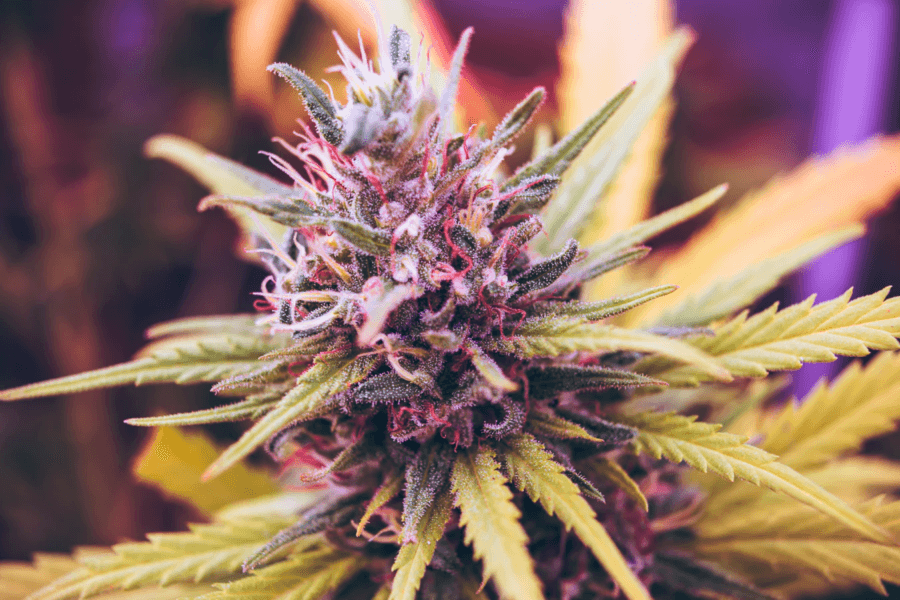 Predicting the effects of a particular cannabis strain ahead of time can be a tricky proposition for even the most seasoned veterans. The effects of a strain are based on its unique profile, which includes compounds like terpenes and cannabinoids, of which there are many. An easy way to quickly gauge expected effects of a strain involves knowing the ratio between THC and CBD.

Both of these cannabinoids have powerful effects and each affects the other. Their varying levels are a good indicator of what to expect in a high. Strains with high THC levels are generally more psychoactive, but come with negative side effects. When THC and CBD levels are more balanced, it usually results in a slightly less intense high that’s more enjoyable thanks to decreased negative effects.

Cannabinoids can be broken down into a variety of subclasses, which include THC and CBD, which are known to produce the most significant effects when ingested. These are also the most well known and useful of all the cannabinoids, both recreationally and medically. Other cannabinoids do play a part in helping to achieve the overall effects of cannabis, but to a lesser degree.

Cannabinoids work by interacting with specific cell receptors in the nervous system. These are CB1 and CB2 receptors. We have these receptors because the body produces its own endocannabinoids that are very similar in structure to the cannabinoids found in cannabis. When cannabinoids bind to these receptors they produce a variety of effects, with cannabinoids usually being differentiated based on their psychoactivity.

The effects produced by cannabinoids differ based on the specific area of the brain that they target. This can result in side effects that are both pleasant or uncomfortable. Memory impairment is common, along with changes in general cognition and psychomotor performance. They’ve even been known to affect how we perceive both pleasure and pain, usually heightening the former and dulling the latter.

The medical effects of cannabinoids are only just being looked into, after years of anecdotal evidence suggesting that they offer a wealth of benefits. Studies are beginning to show just how positive their effects are. Most people nowadays are aware that cannabinoids have a lot of promise and further studies are expected to reveal even more beneficial properties of cannabinoids.

THC is well known as the dominant psychoactive cannabinoid. From what we currently know, the high that we experience when ingesting cannabis is thanks to mainly THC. That being said, other cannabinoids do play a part in this psychedelic experience. Taking this further, even the terpene profile of a particular strain can alter its effects to a certain extent. To keep things simple, however, we’re only going to focus on how THC is used by the body to produce the high that we have all come to expect from cannabis.

When THC is ingested, the molecules bind to CB1 receptors in the brain. THC is able to do this because it’s very similar in structure to the endocannabinoids our body naturally produces. When these receptors are activated by THC, the result is a euphoric and relaxing sensation.

THC also has a range of medicinal benefits, although they aren’t quite as pronounced when compared to the medicinal effects of CBD. It’s also worth noting that THC isn’t able to treat seizures or depression and it doesn’t have the antipsychotic properties that CBD does. THC, however, is useful for treating pain, glaucoma, insomnia, muscle spasms, nausea, and decreased appetite.

Unfortunately for some users, THC can also cause some less enjoyable side effects. These negative effects include short-term memory impairment, anxiety, and light paranoia, which can seriously impact the overall experience. THC can also increase your heart rate, along with causing cottonmouth and red eyes. The chances of these effects manifesting increase at higher doses, which is why beginners should always start low and go slow.

CBD is a non-psychoactive cannabinoid and is thought to be the driving force behind many of the medicinal properties of cannabis. Ingesting CBD on its own won’t get you high, but it can help curb a variety of potential ailments. These include insomnia, depression, PTSD, general anxiety or stress, and chronic pain. CBD has also been found to alleviate cancer-related symptoms and even reduce acne.

Furthermore, CBD seems to be quite effective at treating neurological disorders, such as Parkinson’s, multiple sclerosis, Dravet syndrome, and epilepsy. Some studies have even found that CBD can minimize the effects of Alzheimer’s by preventing cognitive decline. This makes it extremely useful medically-speaking.

One look at the positive benefits of CBD will tell you that it’s an impressive cannabinoid. Like THC, it binds to CB1 receptors in the brain, albeit weakly. CBD also has a very similar molecular structure to that of THC. Both cannabinoids have 21 carbon atoms, 30 hydrogen atoms, and two oxygen atoms. These atoms are arranged a little differently in THC and CBD, which results in their unique effects. Despite their similarities, the effects of CBD are drastically different than those of THC.

CBD provides a lot of positive effects on top of those listed above. CBD seems to have properties that also make it a good antipsychotic application, along with being successfully used to treat substance abuse. Animal studies also suggest that CBD has anti-tumor effects and can potentially curb diabetes.

Negative side effects of CBD are minimal. It can cause fatigue, diarrhea, and changes in appetite and/or weight. Some medications are also affected by CBD – and vice versa. CBD can limit the effectiveness of a family of enzymes (cytochrome P450) that convert foreign substances in the body so they can be flushed out of our systems.

Specifically, CBD is metabolized mainly by CYP3A4 enzymes. This process makes them less effective at metabolizing other medications. This can also happen the other way around, with medications that affect CYP3A4 enzymes similarly affecting CBD metabolism. This means that the body can’t effectively process CBD, which can limit its effects. A good rule of thumb is to avoid using CBD when you’re taking medications that have a grapefruit warning. This is because grapefruit also affects these enzymes in much the same way that CBD does.

What Happens When THC and CBD Mix?

When you mix THC and CBD, you can drastically alter your high. This all depends on the ratio between the two. CBD is known to minimize certain effects of THC, but has also been found to heighten others. This comes down to the fact that both THC and CBD attach to the same CB1 receptors, allowing CBD to block THC molecules.

Strains with moderate to high levels of CBD can counteract the negative side effects associated with THC, allowing for a more enjoyable experience. This is the main reason why people prefer balanced strains over those that are THC-dominant. A lot of people also choose balanced or high-CBD strains because of its overwhelming medicinal benefits.

Since CBD blocks THC from binding to CB1 receptors, you might think that it will reduce all the effects of THC. This was the prevailing theory until a team of Australian researchers found that CBD can actually enhance THC’s positive effects. When both cannabinoids are ingested, a strain with low CBD levels tends to offer a more enjoyable and long-lasting high. This effect is diminished as CBD levels increase, which can be a good reason to stick with a THC-dominant strain with low levels of CBD as opposed to ingesting only THC.

THC is known for affecting short term memory, which can potentially cause issues. CBD, on the other hand, helps to minimize this issue. Studies have repeatedly shown that users who enjoy balanced strains don’t suffer from the same memory impairment as people who prefer THC-dominant strains do. CBD can also help you avoid the munchies to a certain extent.

CBD also helps to battle fatigue in many users, offsetting the sedative effects of THC, especially when it comes to indica-dominant strains. A more balanced strain, even if it’s an indica, will result in users feeling more alert. This is particularly helpful throughout the day, as it allows you to be more productive. In fact, studies on rats have shown that administering pure CBD increases their attention span and decreases REM sleep. This further bolsters the idea that CBD can effectively combat the sleepiness that comes with THC.