What are Cannabis Terpenes and What Do They Do? 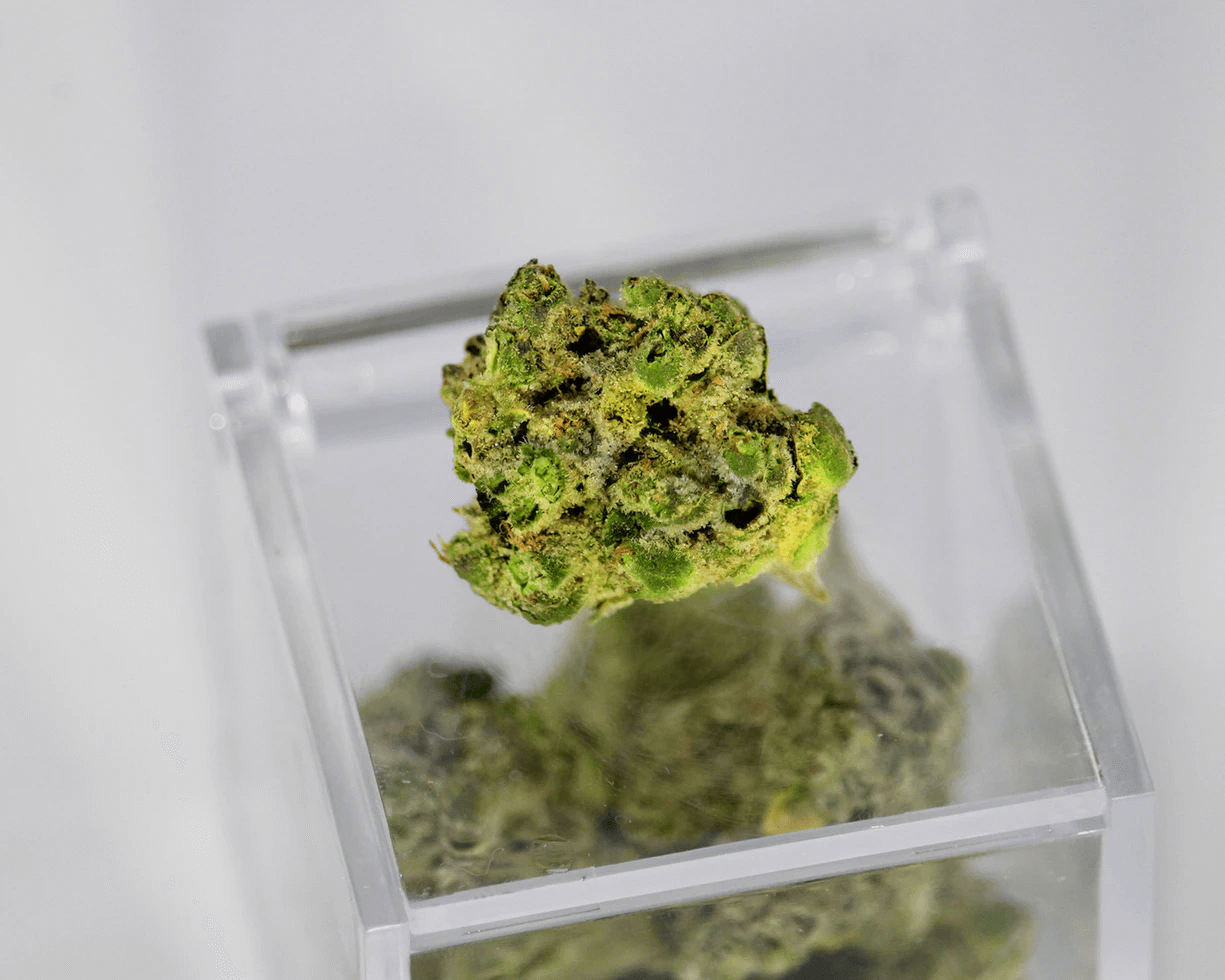 Terpenes are a new concept to a lot of us, but they have a lot to offer when it comes to cannabis. They are present in all strains and help each of them achieve their unique look and smell. In fact, terpene profiles follow different strain types for the most part, although every strain has its own unique ratio. Paying attention to the terpenes present in a strain can also give you key insights into its overall effects.

Cannabis plants produce a lot more compounds than just cannabinoids; they also have a lot of flavonoids and terpenes. These are all held in the plant’s trichomes and can the compounds present can have a profound effect on the look, smell, and texture of the plant itself. Some people even rotate strains to help make the most of different terpenes as required.

All in all, there are tens of thousands of terpenes found in nature, with varying strains of cannabis including around 100 of these. Terpenes can be found in a wide variety of plants, adding flavour and enhancing the way they smell. Terpenes are basically aromatic metabolites and are found in most plants. They are also used routinely to help plants attract pollinators or avoid would-be attackers.

The terpenes end up becoming damaged if cannabis trichomes are broken down too much before they get to you. If, however, their structure is maintained, it can have a profound effect on the final product. Cannabis that’s cared for properly often has overwhelming aroma and flavour profiles, some of which are highly sought-after.

Terpene levels can be affected by things like temperature, humidity, and lighting. How much stress a plant experiences during its growth can be a big factor too. Many growers find that providing optimal conditions can result in some very useful terpenes in cannabis strains.

How do terpenes Work?

Terpenes can affect the human body in a variety of different ways. This is in addition to how they work alongside cannabinoids. They can act as natural antidepressants by inhibiting serotonin uptake and enhancing norepinephrine activity. Terpenes can also increase dopamine levels, which can affect your mood or emotions. These compounds even alter how GABA neurotransmitters work, helping to produce a calming effect.

This is why terpenes are becoming so important in the world of cannabis. They can be used to elicit certain effects when combined with both THC and CBD. Terpenes can affect how cannabinoids are ingested by binding to your endocannabinoid receptors.

The ways that terpenes interact with your body can help to either increase or minimize certain cannabis effects, as required. Myrcene, for example, lowers the resistance of the blood-brain barrier, allowing the effects of THC to be felt much quicker. It also helps to improve your endocannabinoid system by increasing its maximum saturation levels.

What do Cannabis Terpenes Do?

The most noticeable effects of terpenes are the smells and flavours they add to cannabis strains. Each terpene has its own flavour profile and provides its own, unique taste when it’s ingested. When mixed with other terpenes, this profile is added to all the rest, offering a different overall effect. Finding optimal levels can be tricky, but there’s big money in it these days. If you prefer citrus flavours, a strain that’s high in limonene will be right up your alley. If, instead, you prefer more earthy aromas, pinene or myrcene are recommended.

As we mentioned earlier, terpenes can help modulate the effects of cannabis. This can help patients find a strain that’s perfect for them. Certain terpene effects will also boost the effects of some cannabinoids, while others temper them. If you don’t like forgetting things when you ingest cannabis, a strain with a lot of pinene is perfect for you.

Pinene helps to counter short-term memory loss associated with THC. It also helps keep you more alert and improves respiratory function. Limonene is great for someone who wants to enjoy themselves more, as it has been shown to elevate mood and relieve stress. This terpene also has antifungal and antibacterial properties. Humulene has even been known to help suppress appetite, helping patients avoid things like the munchies.

Each terpene has its own pros. When the terpenes present in a strain all have the same properties they can really improve the effects of THC or CBD oil. On the other hand, the mix of terpenes can limit certain effects of THC and CBD, toning them down if you don’t want to experience them as readily. Where Pinene is good at keeping you more alert, for example, terpinolene has been found to induce sleepiness in patients. This being the case, mixing the two would cancel each of them out to a certain extent, muting their independent effects.

For people with medical conditions, terpenes are even more important. Terpenes can provide key benefits, which we mentioned briefly earlier. Linalool can help boost the immune system and can be used to treat both anxiety and psychosis. An interesting effect of Limonene is that is improves absorption of chemicals through the skin, which makes it a great addition to strains used for tinctures or topicals.

There are over 100 terpenes found in cannabis. That’s a lot of cover, but thankfully there are a few highlights that are commonly found in many strains. The following are the most common terpenes, along with the effects they have on the body.

Limonene is all about citrus scents. This terpene is found in lemons, oranges, limes, and grapefruits. Plenty of cleaning products use limonene for their clean, citrus scent. It has a very strong smell and it’s also got plenty of other benefits. We mentioned before that it has antifungal and antibacterial properties as well as improving absorption of chemicals through your skin, making it great for use in topicals.

This terpene has fruity undertones to it and is also seen as being earthy and musky to boot. Myrcene is found in basil, lemongrass, and hops, but is found in cannabis more so than many other terpenes. Myrcene tends to be a dominant terpene in plants that have it, making up around 50% of a plants total terpenes. This terpene is useful because it has anti-inflammatory properties as well as being a sedative and muscle relaxant. Indica strains tend to be high in myrcene, which tends to make patients feel more tired or stoned. Myrcene has been blamed for causing ‘couch lock’ in a big way if a plant contains more than 0.5% of the terpene.

The most common terpene by far, pinene is renowned for having anti-inflammatory properties. Pinene is found in things like parsley, basil, orange peels, and, of course, pine needles. Pinene is great when it comes to keeping you relatively alert and helps to improve airflow into your lungs. Pinene is present in many big name strains, like Jack Herer, OG Kush, and Blue Dream. Pinene has earthy undertones with a crisp pine kick to it.

Found mostly in flowers and some spices, linalool gives plants a very floral scent. It has anti-inflammatory and antidepressant properties, also being touted as a solid stress-reliever. Many people find that linalool helps curb the anxious effects they feel when consuming cannabis, which is why it’s a preferred terpene. Studies have also shown that linalool is able to help kick your immune system into high gear, along with helping to reduce lung inflammation.

A spicy, peppery terpene, caryophyllene is also present in black pepper and cinnamon leaves. It’s got a lot going for it, able to alleviate anxiety, depression, and inflammation. Most strains with the name ‘haze’ tend to be high in caryophyllene. While it’s predominantly spicy, it does have some sweet undertones. Caryophyllene is great for relaxation, but some strains that include it are also great at keeping you going, like Super Skunk.

Humulene is all about adding a hoppy earthiness to your cannabis. It’s found in cloves and basil on top of being found in hops. Humulene, as we mentioned before, is a solid appetite suppressant and also has anti-inflammatory properties.

Getting the Most out of Your Terpenes

Terpenes aren’t great at standing up to heat and carbonization destroys a lot of them. This is why smoking cannabis isn’t preferable when it comes to terpenes. Instead, vaping is a great way to make the most of your terpenes.  All terpenes have different optimal temperatures than others, so being able to adjust heat levels during consumption is preferable. Many vapes allow you to change temperature settings, which is why they’re best suited to people who want to maximize the effects of terpenes. Topical and tincture-based treatments are also great at maintaining terpene levels because they don’t require any heating to ingest them.

Cooking is another great way to get the most out of your terpenes. It does, however, require basic knowledge of the different flavour profiles. When you’ve got that down you can really help heighten them and pair them with the right foods. Cooking also lets you monitor temperature levels, which will help you avoid destroying terpenes as you go.

Terpene levels vary between strains and even between individual plants in a particular strain. That being said, many dispensaries are able to let you know what terpenes are dominant in each strain. You can also research individual strains to get a good overall sense of what terpenes it will contain. Higher quality buds will generally offer more terpenes than others so it does matter to a certain extent.

Even if you’re not getting the best of the best, though, each strain will have a fairly standard set of terpenes. Looking into what terpenes are found in your favourite strains can also help you pick a new strain that you’ll probably also enjoy. You can also just follow your nose and let it make the decision for you.