What is the Difference Between Indica, Sativa, and Hybrids? 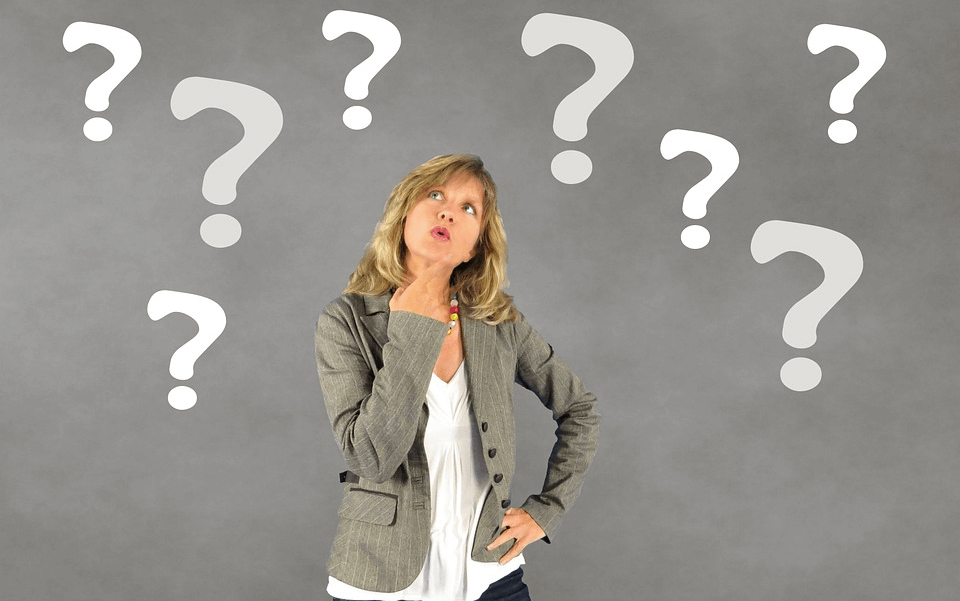 What’s in a Strain?

Not all cannabis strains are created equal. There’s a big difference between the available options and making an informed choice is an important step. A lot of people, however, don’t know how to determine which variety is best for their needs. Thankfully, we’ve got you totally covered on that front.

When it comes to marijuana, the two big choices are currently sativa and indica. They both have a long history of evolution and offer vastly different experiences for their users. Today, we’re breaking down the ins and outs of each, along with hybrid mixes of the two.

Evolution of Indica and Sativa

The terms indica and sativa were first coined back in the 18th century. At that point in time, much like today, they described two very different types of marijuana plants. Interestingly, these names have evolved considerably since then, much like the marijuana strains we know today.

Right off the bat, sativa was used to describe the hemp plants indigenous to Europe and Eurasia. These plants, as most people are aware, were not psychoactive. Instead, they were cultivated to make use of only their fiber and seeds.

Indica, on the other hand, was a term used to describe marijuana varieties that were originally grown in India. Like sativa, the fiber and seeds of these plants was also cultivated. Unlike sativa plants, however, they were also used to make hashish.

Just like the plants they refer to, these initial classifications have undergone a lot of changes. Over time, they grew to describe different strains of the psychoactive cannabis plant widely known as marijuana today. Nowadays, they are used to distinguish between narrow-leaf marijuana (sativa) and broad leaf marijuana (indica). Each of these types come with its own specific properties. These types of marijuana are both subspecies of the plant originally dubbed cannabis indica.

All cannabis varieties contain cannabinoids. They all react with the body’s natural endocannabinoid system in myriad ways, with some producing greater effects than others. The main cannabinoids that people usually pay attention to are tetrahydrocannabinol (THC) and cannabidiol (CBD).

THC is the cannabinoid that offers psychoactive effects when ingested and gets users high. CBD, on the other hand, is non-psychoactive and is where marijuana gets the majority of its health benefits. In addition to these two main cannabinoids, there are plenty of others that also affect the body in myriad ways. These are found in varying levels, with indica and sativa strains containing different concentrations of each.

An antiproliferative and antispasmodic, this particular cannabinoid is one of the main ones found in dried cannabis. THCA converts to THC when heated. It also helps contribute to marijuana’s overall anti-inflammatory effects.

This precursor cannabinoid is very similar to THCA. It’s generally found in larger amounts in cannabis that have high levels of CBD. Much like THCA, it has anti-inflammatory properties. Further research will, no doubt, reveal additional properties that are currently unknown. 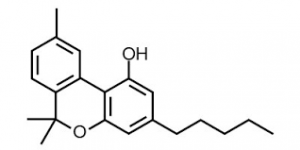 Lightly psychoactive, CBN is produced via THC degradation. Most plants, however, have low levels of CBN. It’s one of the more sedative cannabinoids found in cannabis. Interesting enough, however, sativas tend to be high in CBN.

Non-psychoactive, CBG is antibacterial and the chemical parent of both THC and CBD. It is known to change how cannabis affects the body when ingested in high levels. CBG has a lot of medicinal benefits, too. These include inhibiting bacterial growth, reducing inflammation, slowing tumor growth, and increasing bone growth.

Generally exclusive to more tropical strains of cannabis, CBC is great at relieving pain. Much like CBG, it can reduce inflammation, inhibit cancerous tumor growth, and promote bone growth. Most of its positive interactions are thought to occur through non-cannabinoid receptors. 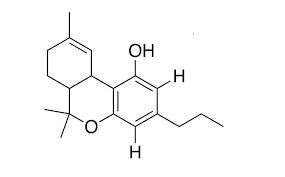 Found only in very specific strains, THCV is molecularly very similar to THC. Even so, it provides very different effects than those of THC. THCV is proven to be effective at relieving anxiety or panic attacks. It’s also a minor appetite suppressant and helps to promote bone growth.

Already proven to be effective at managing epilepsy, not too much is known about the effects of CBDV. It’s molecularly similar to CBD in the same way the THCV is similar to THC. While its medicinal properties are still relatively unknown, there is currently a lot of research focused on CBDV. We expect additional beneficial effects to be determined in the near future.

Another group of compounds found in cannabis and many other plants are terpenes. These are aromatic in nature and give a variety of plants their specific flavour profiles. Aromatherapy, for example, makes use of terpenes to help induce certain moods or feelings in users. That being said, they do mildly affect the body in a physical sense as well as psychologically.

Terpenes in cannabis give each strain its own scent and taste. They also affect the body to provide a range of effects. These effects are more mild than the ones we get from cannabinoids; they are more about eliciting a mood rather than a bodily response. A plant’s terpene profile, however, isn’t necessarily related to whether it’s falls in the indica or sativa category. Instead, it’s generally accepted that terpene consistency will vary between individual strains.

Still, it’s worth looking into what terpenes you will find in particular strains. If you find a strain with pinene you can expect it to produce a stimulating effect. The terpene linalool, on the other hand, is known to give a sedative effect for users. Some terpenes even have reputed medicinal and therapeutic benefits. There are a lot of terpenes found in cannabis strains and each has its own unique characteristics.

Phytol offers relaxing and calming effects when ingested. As such, phytol is usually found in indica-dominant strains. It is also present in green tea leaves. This terpene is described as earthy and herbal. 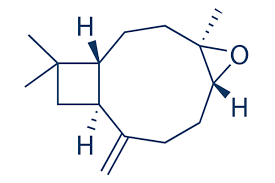 This terpene has antifungal properties and is also an insect deterrent. It can be found in both indica and sativa strains for the most part. Caryophyllene oxide has a woody aroma that is also somewhat spicy. It can also be found in juniper berries. 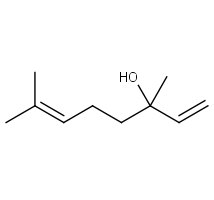 Great at reducing anxiety, linalool is also seen as behaving like a mild anaesthetic. It has hints of lavender and has a floral aroma. Present in many hybrids, linalool is a terpene in citrus fruits, mint, and cinnamon.

Anti-inflammatory and a bit of an analgesic, myrcene is present in both indica and sativa strains. It’s also found in mangos, lemongrass, and hops. It includes citrus and earthy aromas. 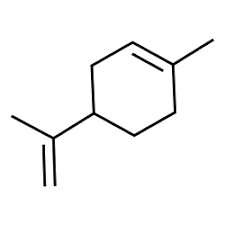 As per its name, limonene smells strongly of citrus and is found in citrus plants. It is also found in dill and caraway. It has antiseptic properties and is an immunostimulant. It’s found in indica strains, but can be said to lean towards sativa strains and hybrids. 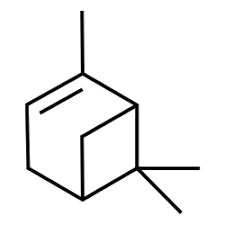 Piny, woody, and earthy, pinene is an anti-inflammatory bronchodilator. It’s also been proven to help improve memory to a certain extent. It’s mainly found in pine trees, coniferous trees, and rosemary. Pinene is indica-dominant, but is also found in sativas and hybrids. 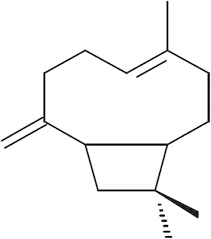 With hints of spice and pepper, b-caryophyllene is analgesic and offers pain relief. It’s present in black pepper, allspice, and figs. Also known to help relieve itchiness, it’s usually found in higher levels in indica strains. That being said, it’s also found in some sativas and hybrids.

The list of terpenes goes on and on. There are far too many to include in an in-depth list here, but they’re all worth researching. Some other common terpenes found in cannabis are bisabolol, ocimene, terpinolene, humulene, and eucalyptol.

The Different Types of Marijuana Explained

The general rule of thumb is that indica strains calm you down while sativa strains hype you up. Even though this is usually true, some individual strains will break these trends. Each strain can have very unique properties.

Doing your research on each ahead of time, therefore, will help you avoid being caught off guard. Still, there are some generalities that help offer users a basic understanding of each type. With that in mind, we plan on covering all of the basis that you need to know.

Producing more of a ‘body’ high than their counterparts, indicas are great for relaxing. This being so, they excel at helping to treat insomnia. More suited to people who prefer to chill out over being active, indicas generally have full-body effects.

Traditionally hailing from the Hindu Kush mountains, indica strains excel at surviving in harsh climates. Indica plants are usually short and bushy with broad leaves. They grow faster than sativa strains and offer more buds when ready to harvest. With higher levels of CBD than THC, they are by no means devoid of psychoactive properties.

Known for their ‘heady’ highs, sativas produce a relatively energizing effect and are for people who are more active. They are also great at relieving stress and anxiety. Perfect for creative types, they are a favourite of people who prefer to stay awake during their high.

Sativas are traditionally found in warm, dry climates. They are tall and thin with longer leaves. Many sativa strains tower over their indica counterparts and take longer to properly mature. Sativas also have higher levels of THC and less CBD for the most part.

Hybrids are a combination of indica and sativa strains. Crossbreeding between strains, then, can create some unique effects. It’s a great way to get the best of both worlds. Sometimes hybrids have properties that aren’t necessarily readily found in either of the parent strains.

Some hybrids are crossbred through many generations. This helps to improve the genes of the resulting plant and keeps them healthy. It also means that growers can get very creative when it comes to the properties of each hybrid they create.

Sometimes growers crossbreed parents a number of times. This is because each seed carries unique traits from the parent plant and each one can be very different. Finding the right mix can take some time, but can be very worthwhile in the long run.

Classifying hybrids can be a little tricky at times. They are usually classed as being indica-dominant, sativa-dominant, or balanced. Hybrids can be bred to heighten certain characteristics of either indicas or sativas. They are also bred to contain varying ratios of THC or CBD.

Some hybrids can even be totally devoid of THC or CBD altogether to give other cannabinoids a significant boost. Many growers have recently begun to focus on creating strains with high levels of CBD and no THC. These offer exceptional medicinal benefits without the same high that we usually expect from marijuana. Alternatively, growers can increase THC levels and cut out CBD entirely. This results in strains that produce extremely psychoactive effects.

We don’t usually hear much about ruderalis because these plants aren’t very psychoactive. They are, however, adapted to extreme environments. Ruderalis strains are great at withstanding cold, harsh climates with minimal sunlight.

These plants grow quickly, but don’t grow very tall. They are also quite bushy for the most part. THC and CBD levels are both minimal in these plants, but they usually produce more CBD than THC. Ruderalis plants are attractive to some growers for creating hybrids to make use of their speedy growth cycles.